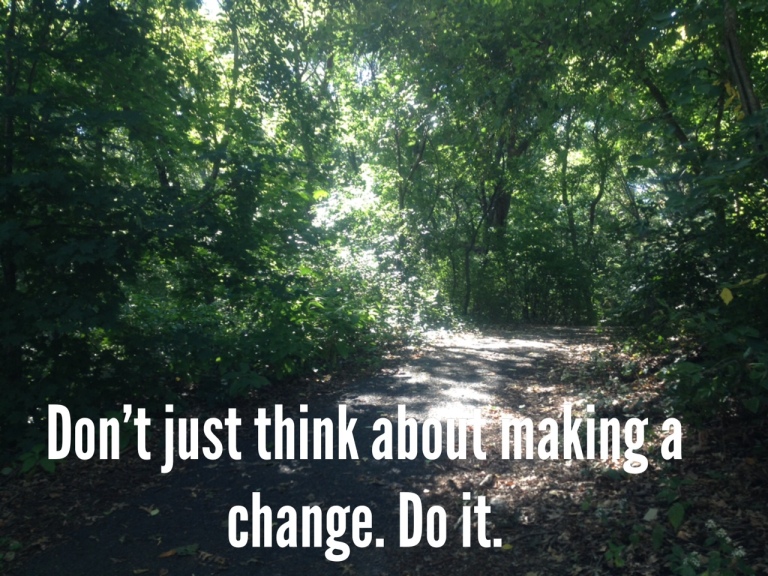 I was able to see a movie last week which was $7.99 to download but which I found to be priceless. It’s called Opening Our Eyes and it’s about change-makers.  Change-makers are ordinary people like you and me that are making a change in this world. This film has changed the way I think about why I’m here on this earth. I definitely WANT to make a change in this world. I don’t want to just simply occupy space here, you know?  (By the way, if you want to see an interview with the mother and daughter team who created the film, see the Good Life Project here.)

The movie begins with music playing in the background, with the words “I believe in the power of one” and it’s so fitting for this film. The film takes you to places around the world like Sydney, Australia; Surkhet, Nepal; Uganda; Thailand; Peru; Argentina and Detroit, Michigan. In Nepal, the change-maker is Maggie, who decided to go to India during her gap year between high school and college. She traveled around Nepal and saw this town as being the place where she would start a school or home for kids, if she decided to do something like that. She started with nothing, and within the 4 years since she began and the film was made (2010), had built a home that housed 30 students and a school that was open to over 200 students from the surrounding area. She started her own foundation to help in fundraising and you can find more information on her work at BlinkNow. What struck me about her was her positive attitude, and the fact that she realized things were not perfect when she started. In fact, she said that if she had waited until things were perfect, she would never have gotten anything done at all. This girl is just amazing – at the time the film was made, I think she may have been only 22 or 23, but she had already made such CHANGES in this world. In a word, she is just amazing, and that is such an understatement.

There is a gentleman in the film who works with the Salvation Army in Sydney, Australia. He has worked with them for years and has really worked hard to end homelessness among young people. He’s gone out into the streets to talk to them, begun a mobile van program that goes around to the teens and invites them in to use the computers, or video games, etc., so that they have a diversion from their everyday life.  The man is close to tears as he talks about what makes him return to work day after day.  I just wanted to reach out and hug the guy for being who he is and what he’s doing.

I don’t want to ruin the whole film by telling you all about it here, because you really, really, REALLY should watch it but here is a bit more info on the people shown in the film:

The word AMAZING doesn’t even begin to describe these people. Since Friday, I’ve watched it over more than  a few times. I’ve asked my brother to watch it also so that he and I can brainstorm on how I can make change in this world too.  I think I would like to help animals and in turn, the environment. I’d also like to help others that are not so well off – maybe through fitness?  I have been trying to figure out how to find out more information on what I can do to effect change, and what locations might be good for me to move to. I would love to be on the coast and I’m sure the sea shores need a lot of help (I’ve even heard from some folks on the west coast about the radiation levels being much higher than they should, suspected to be caused by the Fukishima meltdown three years ago.)  There is just so much WRONG in this world, you know?? If you have any suggestions for me, PLEASE let me know! (Just keep in mind, I want to live someplace warmer than Boston, so moving to Detroit or further north is out.  I’ve had it with the cold.)

Based on all this, I’m thinking it makes more and more sense for me to have my own tiny house or small space in which to live, mortgage-free. It would free me up more to make some changes in this world. I want to know I’m making a difference, not just thinking about it.

Required statement (thanks to the FCC): please know I am not being compensated in any way to say things about this film – these are purely my own opinions.

4 thoughts on “Opening Our Eyes: Change-Makers in this World”

I try to find beauty in the ordinary. This place was quite peaceful with a few birds singing. I definitely want to be more fluent in understanding their various calls. #nofilter #nature #naturephotography #beautifulinitsownway #Texas #waterview